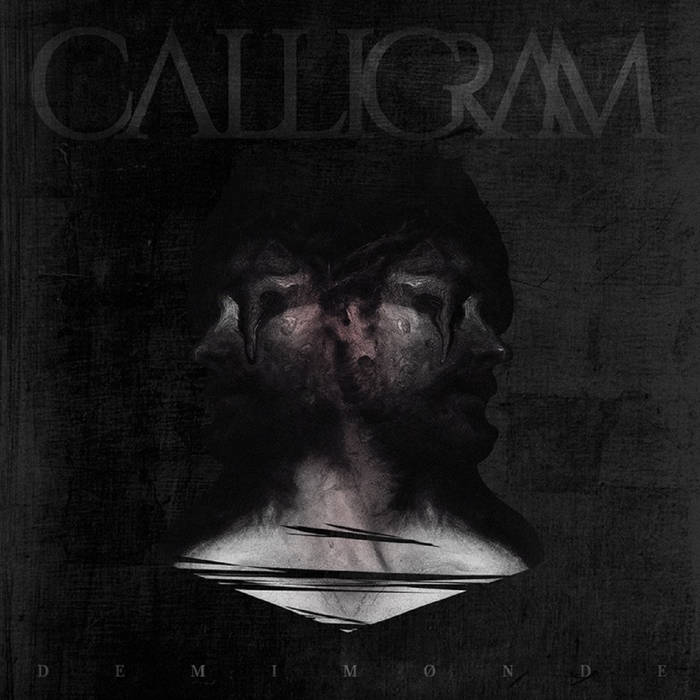 warren barton What a fantastic EP by Calligram. A pulverising exercise in extreme metal which makes you want to destroy everything. Favorite track: Drowned.

'Demimonde' streaming in its entirety at Echoes And Dust: echoesanddust.com/2016/11/exclusive-ep-stream-calligram-demimonde

"...it's a destructive slab of extreme metal fury dominated by glass-gargling vocals. Evoking images of despair and terror, and obvious nods to the likes of Trap Them and Young And In The Way, it's a foot-through-the-floor bulldozer of violence." Metal Hammer

Forget the lone bull in the china shop: multinational London thrashers Calligram are the whole stampede trampling on your dinner set. Their latest EP Demimonde, due from Cimmerian Shade Recordings, is a black metal missive set to charge your adrenaline and burn into your synapses.

With support from Total Rock Radio, The Sons of Metal Podcast, and The Death of a Modernist, in addition to a strong regional radio following that includes Forest FM, Salford City Radio, Switch Radio, BCFM, and Express FM among a slew of others, Calligram’s roaring fanbase is only getting louder. From the howling hardcore of EP opener ‘Red Rope’, through the frenzied metal fits of ‘Bed of Nails’, ‘Drowned’ and ‘Black Velvet’, and on into furious closer ‘Bataclan’, Calligram take no prisoners as they hack a trail through the punk landscape. The band’s roll-call reads like the seating plan at a UN function, with Italian front man Matteo Rizzardo joined by Brazilians Bruno Polotto and Ardo Cotones on guitar and drums, alongside French guitarist Tim Desbos.

English bass player Smittens completed the lineup in January 2016, before Demimonde was recorded under the watchful eye of Wayne Adams at Bear Bites Horse Studios in Haggerston, East London. The EP was then mastered by Alan Douches at West West Side Music in New York State, harnessing the raw energy of a group that counts former members of Holy Roar Records signing The Chronicle of Adam West and Banquet Records’ The Don Ramos Players among its number.

As Calligram’s momentum builds to earth-shattering proportions, we recommend you check them out before they tear through your speakers and clatter off into the night.

All music written and performed by Calligram.
Lyrics by Tim Desbos.