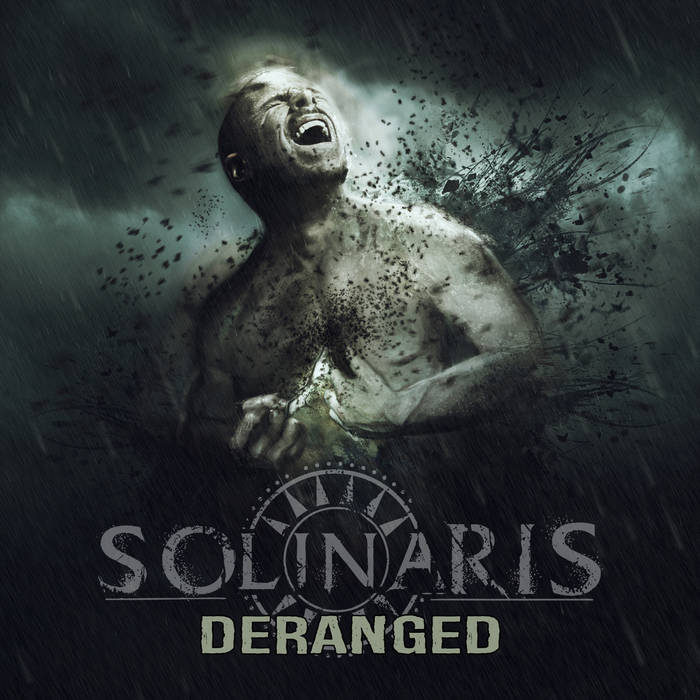 Wxmaggot Deranged is an appropriate title for this album and that's meant as a compliment of course. Between the mind bending arrangements, tempo shifts, fretless bass, and use of non traditional metal instruments through the album, my head was left spinning. Funny thing is, I couldn't wait to press play and do it all over again. I love this album and it should have more support! If only more bands were this creative... Favorite track: Field Of Trees.

Dann 'the djentle giant' The song 'Phobopath' is a golden piece of death metal with a jazzy final. A piece of Genius... This makes me think of 'Screen Scenarios' by Ever Forthright, one of my favourite band. It's clever, dynamic and intense... Favorite track: Phobopath.

ольга сухих Canadian progressive death metal is the best! You have proven once again! My favorite album of 2016! Favorite track: Field Of Trees.

Formed in Quebec, Canada in 2012 by Eric Labrie and Bernard Giroux, Solinaris is a Technical, Experimental and Progressive Metal studio project; the goals of which are to innovate and create music that is different from what is generally heard.
To do so, they gathered members from well-known acts such as Jean-Daniel Villeneuve (Deviant Process), Lucas Biron (Eclipse Prophecy, Endless Horizon, Kälter, Nordheim), and Jonathan Piché (Dedicated Sound).

In 2015, Solinaris finished their first full-length album, “Deranged”. It was recorded at Soundtronic Studio and mastered at Studio Muzikarma. “Deranged” is a voyage through the mind of a serial killer living his last few moments of life. An eclectic observation of mankind, self-destruction, and suffering.

"Solinaris have released a record that could sit proudly amongst your Pestilence, Cynic or Gorguts albums as an example of how thrillingly different death metal can be when placed in the hands of a band capable of doing it. From pastoral acoustics to jarring death metal chaos, Solinaris are always fascinating." - thoseonceloyal.wordpress.com/2016/05/27/review-solinaris-deranged/


" For their first album, they show that they are unafraid to go full-force into uncharted territory yet still retain familiar elements that tech/progressive death metal fans will enjoy. There’s much potential as Solinaris continues to further refine their sound." - Kyle McGinn (Dead Rhetoric.com) 8.5/10

"Progressive Experimental Death Metal (wild experimental nuttiness from this excellent Canadian band that's steeped in the exotic sounds of avant-garde metal as well as the outer reaches of prog rock. The amazing jazzy saxophone and vibes break in the middle is Phobopath is just unbelievably cool" - Prog Metal Zone

"Every player and performer on here does an amazing job though, this is truly a collective effort of experimental and forward-thinking technical death metal." - Austin Weber (Metal Injection)

" Solinaris plays a style of death metal that is very progressive and technical while also experimenting with many other musical styles to create something very original, the production sounds very professional while the lyrics cover a voyage through the mind of a serial killer living his last few seconds." 8/10 The True Bringer Of Death Zine

The release comes as a 4-panel digipak with an 8 page booklet featuring artwork by Mary Khaos Imagerie. Solinaris logo by Alexandre Goulet.