Of Woe or: How I Learned to Stop Worrying and Love the Gloom

by Ever Circling Wolves 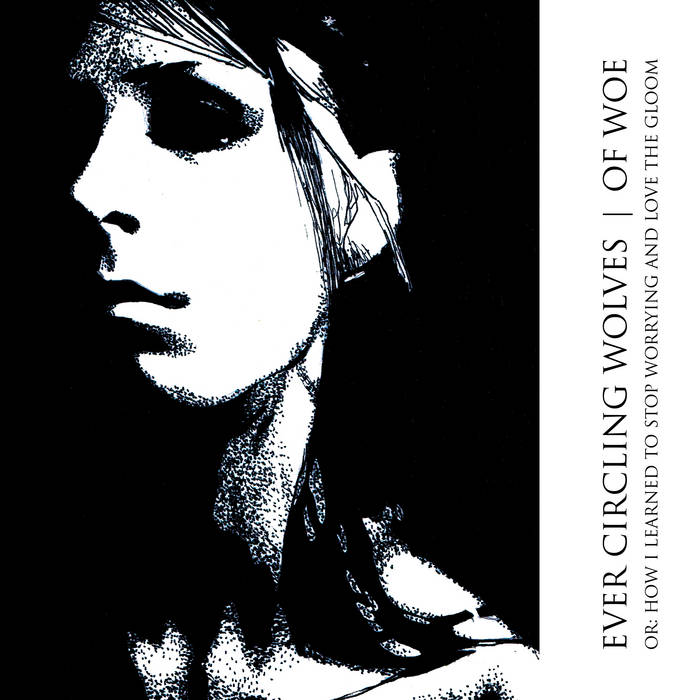 Streaming in its entirety at The Sludgelord: thesludgelord.blogspot.co.uk/2017/01/album-premiere-multi-faceted-doom-metal.html

Named after an Earth song that in turn was named after the first sentence in William Gibson’s Pattern Recognition, Ever Circling Wolves from Helsinki, Finland wear some of their influences on their sleeve; others, not so much. At the core of Ever Circling Wolves’ music is doom metal, a multi-faceted beast of a subgenre by now, and this four-piece attempts to draw from this well in a distinct manner and occasionally sprawl into whole other territories.

Born as Henri Harell’s solo project in 2007, Ever Circling Wolves became a real band in 2008 when Arttu Kantola, Otto Forsberg and Niko Karjalainen entered the fold. This line-up recorded the band’s debut full-length album, The Silence from Your Room, which was self-released in 2009.

In 2010, Arttu left the band and was replaced on bass by Sami Nevala. To celebrate this, a two-track ep, Chapter III, was recorded and unleashed upon the internet in early 2011. At this time, the band was also preparing songs for their sophomore full-length, with recordings starting in 2012. A mountain of a project, due mostly to the conflicting schedules of all involved, it wasn’t until early 2016 that the album, Of Woe or: How I Learned to Stop Worrying and Love the Gloom, was finished. By this time, Niko had moved away from the capital region, and though still a member of the band and playing with them whenever time allows, had been filled in for by Eero Järvenpää in practice sessions and shows alike.

Discography:
Picturesque, Petrified Demo 2007
The Silence from Your Room Full-length 2009
Chapter III: In Which the Protagonist Finds Himself at the Bottom
of the Ocean as well as in a Petrified Forest EP 2011
Live @ Studio EP 2012
Of Woe or: How I Learned to Stop Worrying and Love the Gloom Full-length 2017

Now, as Of Woe is soon to be released, the Ever Circling Wolves turn their eyes on what’s to come.

If you like Of Woe or: How I Learned to Stop Worrying and Love the Gloom, you may also like: